CD player is a common electronic product in daily life. It first entered the eyes of consumers in 1982. It is an intelligent high-fidelity stereo sound device controlled by a microcomputer.

Adopting advanced laser technology, digital technology, computer technology and various new components, it has a series of advantages such as high-density recording, long playback time, easy operation and fast song selection. It can also replay the recorded content realistically, with clear layers and a sense of presence.

The composition of CD player:

The phonograph of CD player is mainly composed of laser pickup, turntable system, servo system, signal processing system, information storage system and control system. The laser pickup is a key part of the CD player. It is composed of a semiconductor laser, an optical system and an electrical detector.

The laser is a low-power AIGAS laser diode. The laser beam emitted is projected onto the information of the record through an optical lens system. Many pits are recorded on the record. Therefore, when the light spot hits the pit, the reflected light is more Weak, the signal picked up by the photodetector is small.

When the light spot hits the aluminum film without pits, the reflected light is relatively strong, and the signal picked up by the photoelectric detection is relatively large, so that corresponding to the pits, the output of the detector generates the corresponding high and low electrical pulse signals, and then passes through the RF The amplifier obtains a series of digital signals of "1" and "0" from its internal comparator, and adds it to the digital signal and processing circuit for interpretation, synchronization signal detection, error correction processing, etc., and the processed data is added to Digital-to-analog converter (D/A) converts it into analog sound output.

The smooth, mirror-like CD disc is made of extremely thin aluminum or gold sound film plus a protective layer of polyvinyl chloride plastic. Like floppy disks and hard disks, CD disks can also store information in the form of binary data. To store data on an optical disc, you must first convert the data into binary with the help of a computer, and then use a laser to engrave the data pattern on a flat, reflective optical disc.

The small pit "1" carved by the laser on the disc, and the blank space represents "0". When reading data from a CD, the directional light beam (laser) moves quickly on the surface of the disc. The computer that reads data from the disc observes every point the laser passes to determine whether it reflects the laser, and if it does not. Laser, then the computer knows that it represents a "1", if the laser is reflected back, the computer knows that this dot represents a "0". Then these tens of thousands of numbers are restored to music by computers or CD players.

Today's CD player is a very common audio playback device. According to its appearance, it can be divided into two types: desktop and portable. Yunmei is a professional CD player manufacturer, providing high-quality portable CD players and competitive prices. If you have any questions, please feel free to contact us. 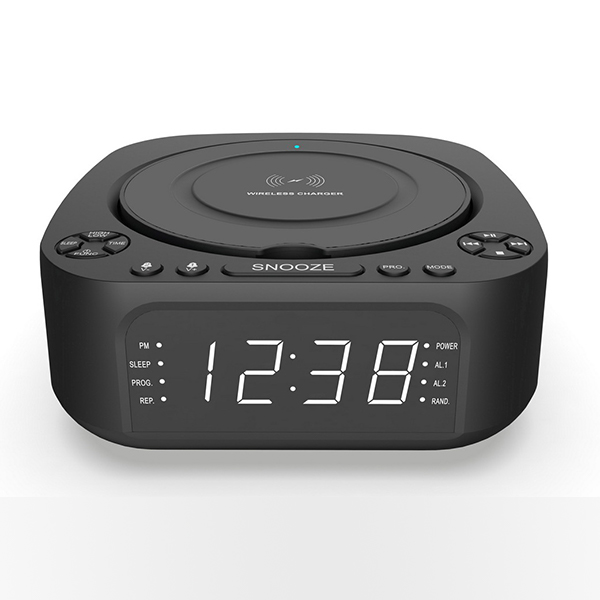